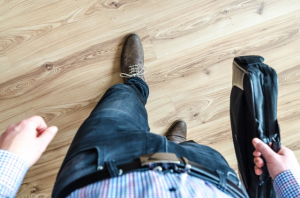 The ability to classify a person as an “independent contractor” just got that much harder based on a recent decision by the California Supreme Court – Dynamex Operations West Inc. v. Superior Court.  The misclassification of employees as independent contractors has been identified as a serious problem by state and federal regulatory agencies.  The agencies point to the lack of labor law benefits for independent contractors such as lack of protection from workplace discrimination, rest and meal periods, minimum wage and overtime, as well as the loss of billions of dollars in tax revenue.

Companies are enticed to hire independent contractors to alleviate the burden of having to pay unemployment insurance tax, federal Social Security, payroll taxes, and state unemployment taxes, as well as having to carry workers compensation insurance.  Further, having independent contractors rather than employees relieves companies from having to comply with numerous state and federal statutes and regulations, i.e., wage and hour, working conditions, etc.

The ruling in Dynamex, while simpler to understand and apply, is also more far reaching, which likely means that many “independent contractors” will need to be re-classified as employees.  The previous “factors” test established by the decades old Borello case was scrapped by the court in Dynamex in favor of an “ABC” test that determines whether a worker is an independent contractor or employee for claims asserted under California’s Wage Orders.

It is the burden of the employer to establish that a worker is an independent contractor.  To meet this burden, the employer must establish each of the following revised factors:

(A)  That the worker is free from the control and direction of the employer in connection with the performance of the work, both under the agreement for the work and in reality;

(B)  That the work performed is outside the usual course of the employer’s business; and

(C)  That the worker is customarily engaged in an independently established trade, occupation or business of the same nature as the work performed.

In addition to establishing the “ABC” test, the Court went on to discuss and explain its application and view of each of the factors.

Factor “A” requires that an independent contractor be free from the control of the employer in the performance of the work.  This is a similar factor that was part of Borello.  The Court held that a “worker who is subject, either as a matter of contractual right or in actual practice, to the type and degree of control a business entity exercises over employees,” is determinative of whether an independent contractor is actually an employee.  The nature of the work and overall arrangement between the parties are sub-factors to consider in determining the status of a worker.  In addition, it is the burden of the employer to show that the worker is free from such control.

Factor “B” requires the work performed is outside the usual course of the employer’s business.  The roles/work being provided by independent contractors will be compared to the roles/work being performed by employees.  A worker will be deemed an employee if the worker’s roles are “most clearly comparable to those of employees whose services are provided within the usual course of the business”.  The Court even provides examples to give context for this factor.

Example 2: When a clothing manufacturing company hires a work-at-home seamstress to make dresses from cloth and patterns supplied by the company that will thereafter be sold by the company, or when a bakery hires cake decorators to work on a regular basis on its custom-designed cakes, these workers are part of the entity’s usual business operation and could be classified as employees.

Factor “C” requires that a worker customarily be engaged in an independently established trade, occupation or business of the same nature as the work performed for the employer.  The Court utilizes a common usage that the term “independent contractor” applies to a person who has made the decision to go into business for herself.  That person generally takes steps to establish and promote her business, e.g., through incorporation, licensure, advertisement, providing the same services to the public, etc.

When a worker has not, however, independently decided to engage in a separately established business but is rather thrust into this designation by the employer, there is a substantial risk that the employer is engaging in said conduct to evade the responsibilities and requirements of the applicable wage orders.  Of special note, an argument by the employer that it has not prohibited or prevented a worker from engaging in such an independent business is NOT sufficient to establish that the worker is an independent contractor.

What This Means for You

While the Court in Dynamex made this ruling applicable to claims made under California’s Wage Orders, it left the door open as to the applicability of the “ABC” test for other claims, i.e., Labor Code violation for failure to pay workers’ business expenses.

Misclassifying employees can have a devastating impact on businesses.  Employees, unlike independent contractors, are protected by an expansive array of laws, including wage and hour, discrimination, retaliation, etc.  Misclassifying an employee not only raises the potential for liabilities under wage and hour laws (e.g., overtime, meal and rest periods, wage statements, penalties, audits, etc.), but liabilities for other applicable laws that an employer did not consider and therefore did not conduct itself in accordance with said laws.

The Long Law Group is here to help you navigate these new waters.  We look forward to the opportunity to review your company’s compliance with this law change for your current circumstances and conducting business in the future.